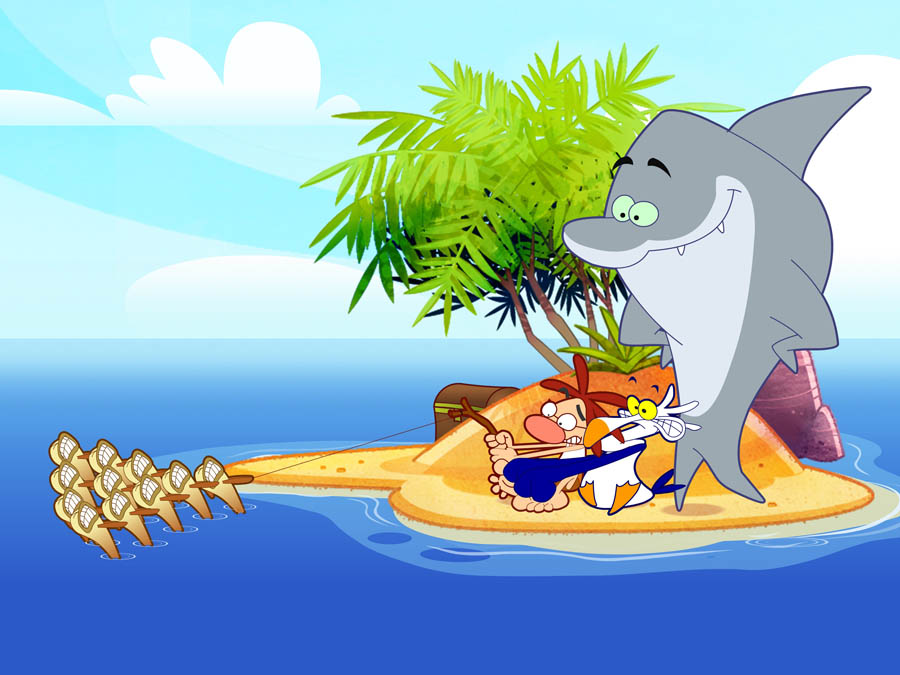 W on the Teletoon channel

Treat yourself this summer to a daily dose of side-splitting laughter with W, on the Teletoon channel. Tomorrow 10e Ave Productions is launching its first 2D comic animation series across the country on French and English television stations.

W is the story of a shipwrecked boy named William, who is willing to do anything to get off his island, to make a friend and to stay alive.

In the shade of a little bush on an island in the middle of the St. Lawrence River, W has adventures with his buddy the cormorant and an unpredictable white shark. No matter how many times his efforts to leave the island are thwarted, W emerges a winner. He perseveres, forever willing to try new things, refusing to give up.

For Producer Nancy Savard, «W means welcoming a challenge, and weaving close ties between the creators of the series and its broadcaster. As soon as I read the first scenes, I was smitten by Pierre Greco’s sense of humour. His characters are captivating and evolve in interesting way throughout this first series. With help from Madeleine Lévesque and advice from Travis William at Teletoon, the proposal grew into what you see today. Written without dialogue, set to original music and full of innocent humour, W has the potential to be enjoyed world-wide. We are currently negotiating with people from various sectors of the broadcasting industry. Because of W’s unique format, a wide range of broadcast platforms are possible for Pierre Greco’s project.»

The series of 52 thirty-second episodes was produced thanks to collaboration between Teletoon, the Canadian Television Fund, the Shaw Rocket Fund and Quebec and Canadian tax credit programs.