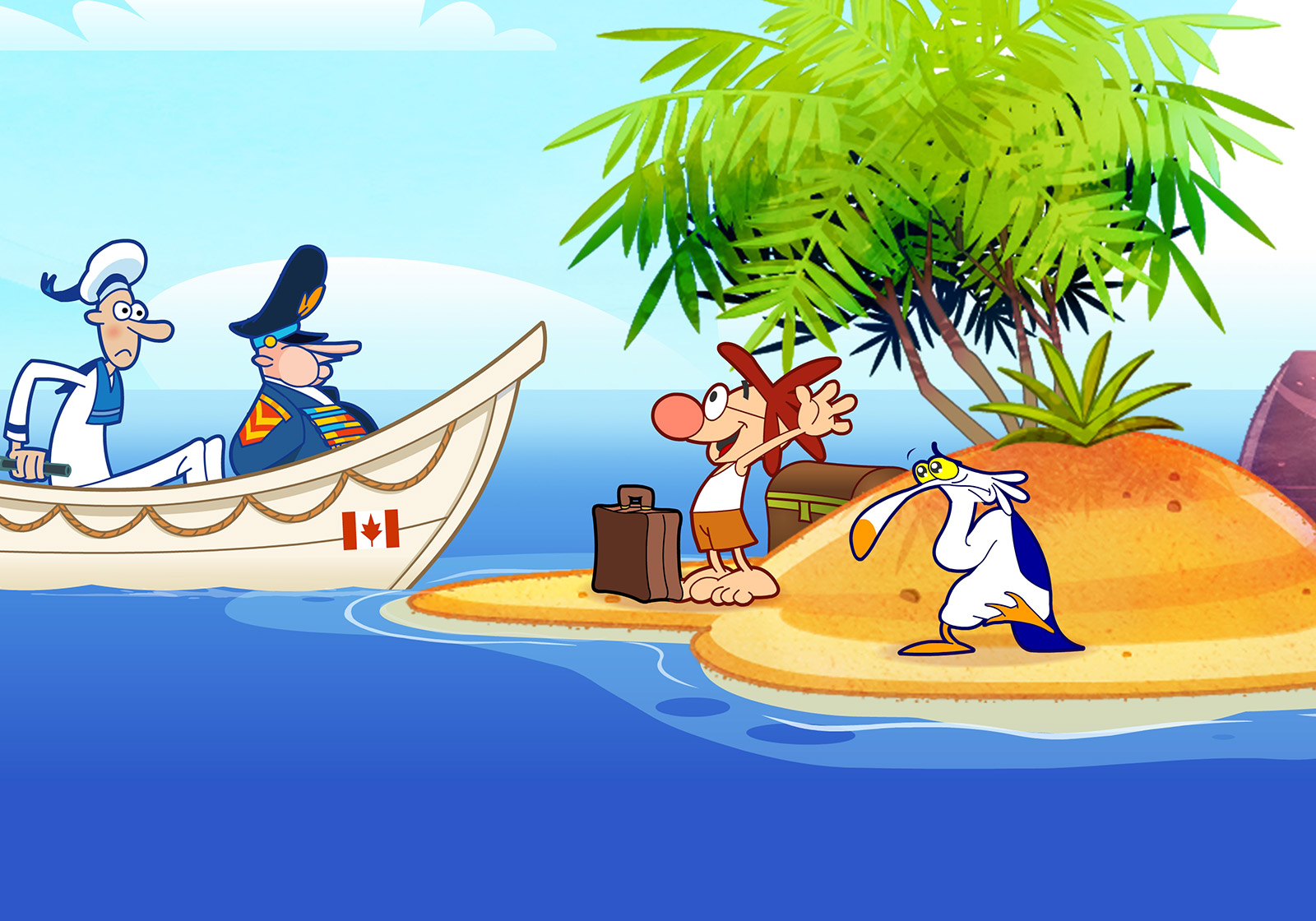 No down time for W

Today is the day when Canadian Télétoon viewers will be able to navigate to the site devoted to one of the rising stars in the animation world: W. With production of season 3 well underway in Quebec City, 10th Ave Productions is launching the W Fan Club, the site for its international star with a growing career all over the planet.

At wfanclub.com, fans of the series will find lots of surprises, including W emoticons, avatars, the very first W game, webisodes, and more.

W is William, a boy who lives on an island in the Sable Islands archipelago at the mouth of the St. Lawrence River. Each week, he and his friends, the cormorant and the shark, have a hilarious adventure. W now totals 156 animated gags with no dialogue; the next season will begin in March 2009 on Télétoon in Canada, but the first two seasons are also available on the subscription portals of Orange and AOL in France and on mobile telephones in Taiwan.

“W is a series conceived and produced by a very talented animation writer and director from the Quebec City region, Pierre Greco,” noted the producer of the series, Nancy Savard of 10th Ave. “And with the talent of Christian Daigle and his team, who translate the series’ characters and comical situations into images, we have a skilled, dedicated team who want nothing more than to take on even more consistent projects. In fact, we are in the preparation stages of these kinds of projects.”

10th Ave Productions is a digital television and movie production house. Its projects are noted for their universal themes, high-quality production, outstanding art direction, and international distribution on various platforms. The audiences for projects produced by 10th Ave Productions are families, young people, and children. 10th Ave Productions believes in creating a network among innovative creators passionate about new technologies in order to foster the emergence of new genres and production methods.