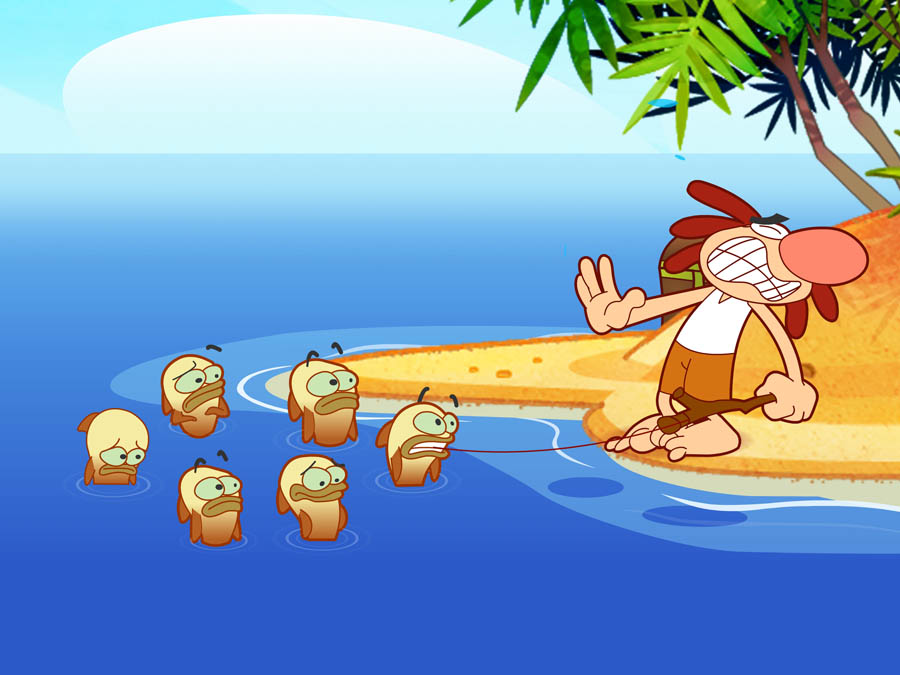 In one week: A second nomination for W

Share
Tweet
Share
Pin
Yesterday, during the press conference at Studio Juste pour Rire on Boulevard St-Laurent, Montreal, the 2D animation series of gags, W, by a company based just outside of Quebec City, 10th Ave Productions, was nominated for an award for the second time in one week, after a nomination for the Prix Gemeaux : Best animation awarded by the Academy of Canadian Cinema & Television.

During Just for Laughs, held July 10–20, humour lovers will not only have a chance to discover W, the happy-go-lucky shipwrecked boy, on the festival’s big screens, they may also see four gags featuring W on the JustePourRire.com portals and for three months following the festival on the site Canoe.ca.

This character, thought up by screenwriter and director Pierre Greco, was given form by Christian Daigle’s pencil, while musician Olivier Auriol breathed life into him. Thanks to the talented teams at Frima Studio and Studio Expression, the 30-second episodes of W recount the adventures of a shipwrecked boy who, in a series of hilarious situations, tries to leave his island, find food, and socialize with his pals, the Cormorant and the Shark. In a little while, the production team will compete season 3 of W, which will be broadcast starting in March 2009 on Teletoon. To date, more than 156 gags have been produced. And 10th Ave is hoping that W will be travelling beyond his island.

“We are hoping to develop new partnerships so that W will have further adventures,” stated the enthusiastic producer, Nancy Florence Savard. “We are currently laying the foundations for specials and games in the hope of finding new Canadian broadcasters for concepts in development.”