10th Ave Productions is pleased with the nominations for its 2D animation series W and the writer and director of the series, Pierre Greco, announced yesterday by the Academy of Canadian Cinema & Television. W is nominated in the categories Best Animated Program or Series and Best Writing in a Comedy or Variety Program or Series. “When I read the nominations,” stated producer Nancy Florence Savard, “I noticed that W is the only nominated program 100% written and produced by a regional production house, and I’m particularly proud of the work of our creative team in this series.” 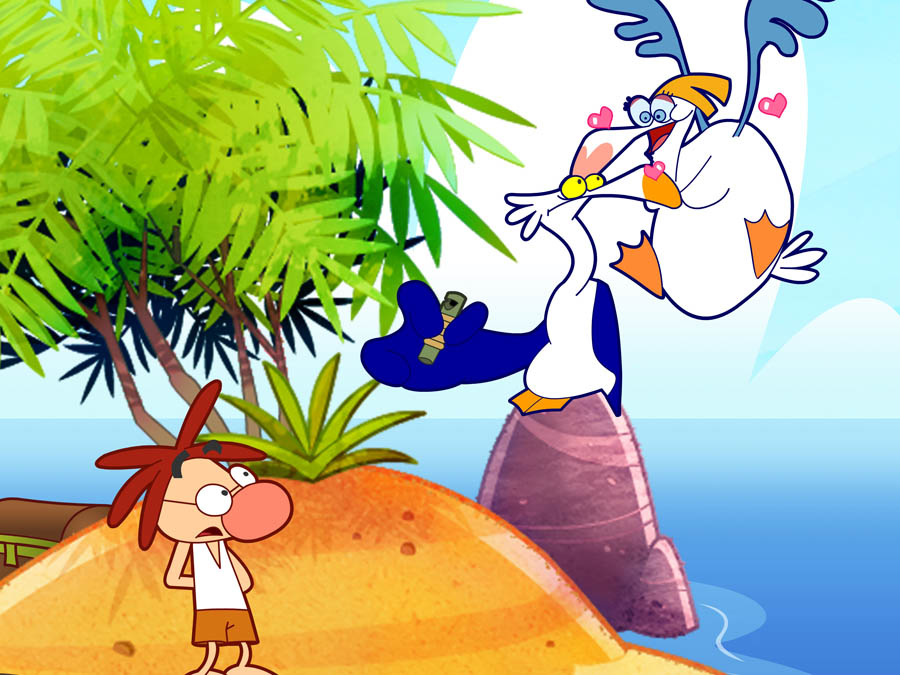 This recognition comes at an excellent time for the 10th Ave team. “The custom in Quebec is for a director to make three shorts before tackling a feature film,” noted Savard. “With the writing and direction of 156 episodes of broad comedy animation, Pierre Greco has shown that he has the talent and endurance to write and direct an animated feature. And 10th Ave plans to keep the winning W team – Pierre Greco, director and co-writer; Christian Daigle, art director; Philippe Bégin, animation director; and Jérôme Boiteau and Olivier Auriol, sound and music – together when it seeks funding from institutions for its next animated feature, Le Coq de St-Victor.”

Broadcast on a variety of platforms, from television to mobile telephony, W’s seasons have played, among others, on television in Canada on Télétoon, in France on Canal J and Gulli, and in Belgium on RTBF; on the Web in Hungary, the United States, and England; and on mobile telephony in Taiwan.

10th Ave Productions is a digital television and movie production house. Its projects are noted for their universal themes, high-quality production, outstanding art direction, and international distribution on various platforms: movies, television, podcasting, and mobile telephony. The audiences for its projects are families, young people, and children.

With its headquarters in Quebec’s Capitale-Nationale region, 10th Ave Productions believes in creating a network among innovative creators passionate about new technologies in order to foster the emergence of new genres and production methods.