This 100% Canadian animated feature film, directed and produced entirely in Quebec, was developed over five years and produced during a two-year period in the Quebec City region. More than 200 people worked on this original locally-generated intellectual property, with a screenplay by Pierre Greco and André Morency, and art direction by Philippe Arseneau Bussières, under the guidance of co-directors Pierre Greco and Nancy Florence Savard. Ms. Savard is also the producer for 10th Ave. 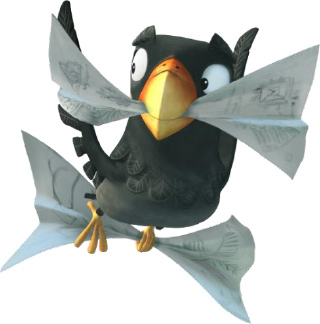 Quebec City, 1956. A twist of fate brings together Nelly Maloye, a youthful private detective, and Simon Picard, a scientific research assistant. Financed by an ambitious philanthropist, the intuitive, chaotic Maloye and the methodical, obsessive Picard set out on a quest to prove the existence of the Yeti. On their journey, Simon is relying on an explorer’s journal to guide them to the mythical creature’s hideout. Accompanied by a young Sherpa guide named Tensing and a talkative Mynah bird named Jasmin, they must confront numerous dangers in the heart of the Himalayas.

For this animated adventure comedy, 10th Ave has assembled a cast of popular actors to voice the following characters (in French version):

In addition to the wonderful cast of actors and actresses, this animated feature has had the benefit of a solid production team. 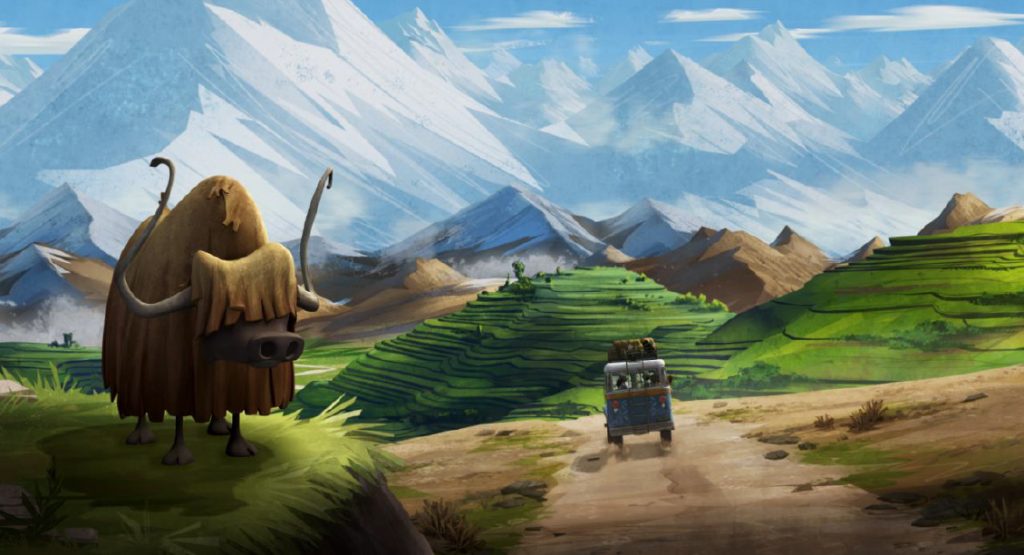 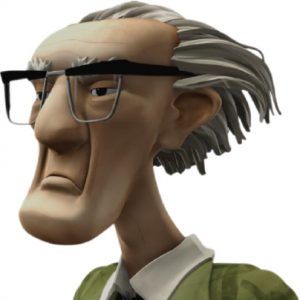 “Like series television or documentary production, the production of animated features provides a great boost to a region like Quebec City. Without diminishing conventional filmmaking in any way, let’s compare live-action features with their animated counterparts. For comparable stages of production, live action shooting versus principal animation, a typical regional shoot will provide about 35 days’ employment to the creative team, while the equivalent stage on an animated feature generates 350 days’ work for the team. And these are well-paid jobs,” points out producer Nancy Florence Savard. “Yet the most recent information from the Culture and Communications Observation Unit suggests that only 3% of Quebec’s total original production volume, live-action and animation combined, is produced in the area extending from Portneuf to Charlevoix. This poses a challenge that we’re striving with our collaborators to overcome.” 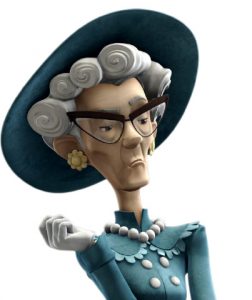 Selected for more than 7 festivals, Nelly & Simon : Mission Yeti will be presented in its original French version, subtitled in English, at TIFF Kids in Toronto in March.

Since 2013, 10th Ave Productions has produced the first 100% Canadian animated feature, The Legend of Sarila (directed by Nancy Florence Savard), for which exhibition rights have been sold in 40 countries; The Rooster of Saint-Victor (Pierre Greco), for which rights have been sold in over 100 countries; and Nelly & Simon : Mission Yeti (Pierre Greco and Nancy Florence Savard), which begins its career this week on Quebec screens. 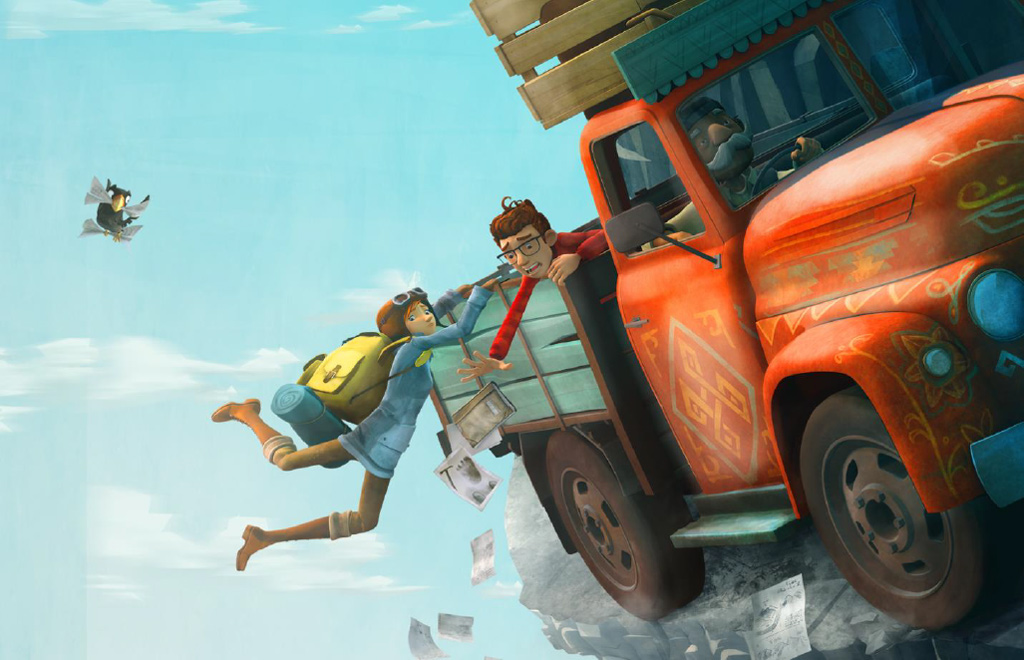 Click on the image below to read complete Press Release (PDF file). 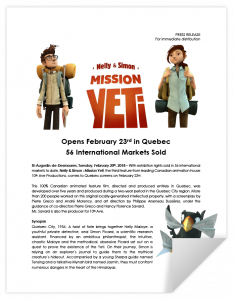