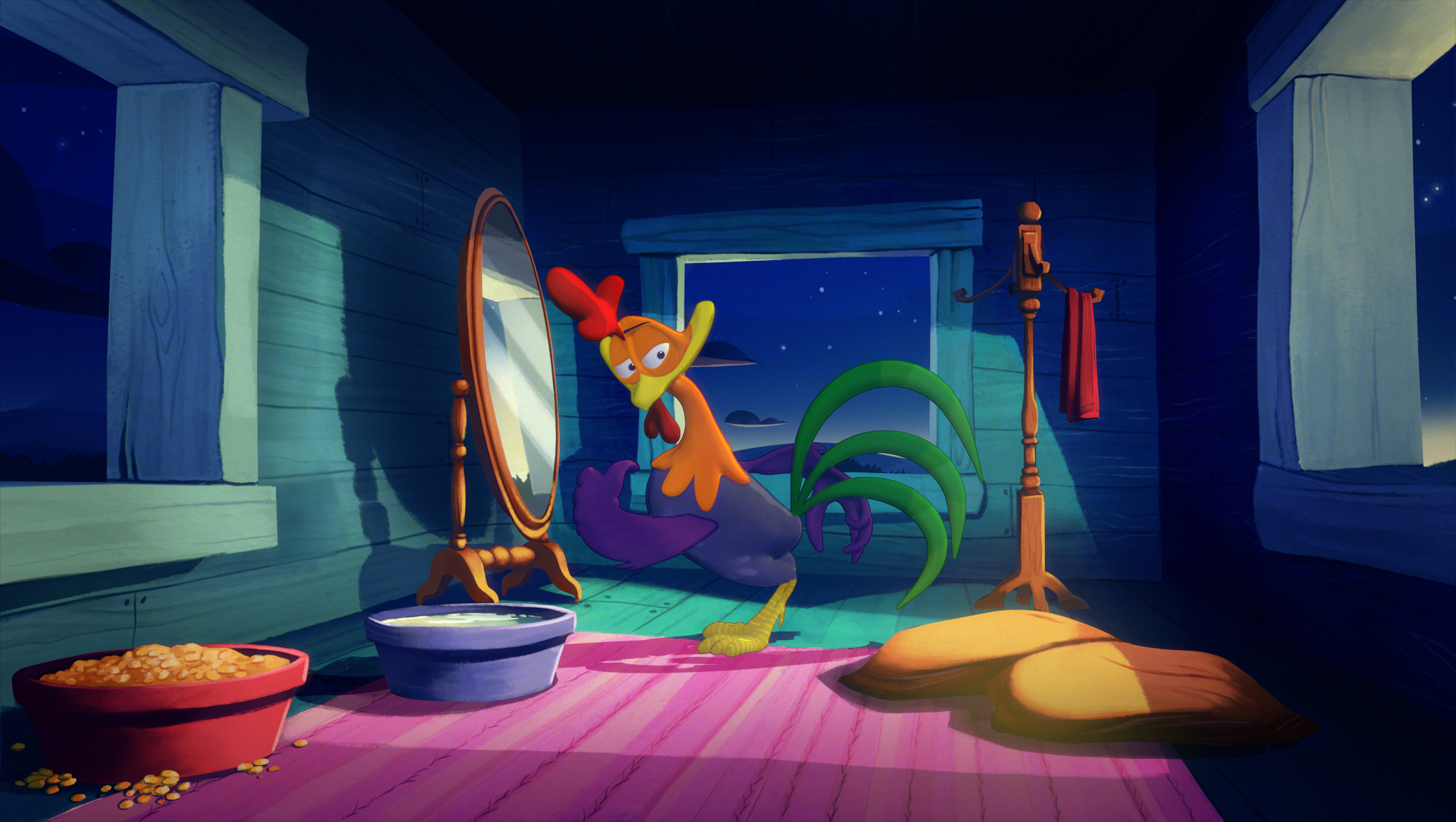 After the United States, the United Kingdom, Germany and France, Rooster doodle-doo is now in China!

The president of Attraction Distribution, Xiaojuan Zhou, says, “We are especially proud because this channel is practically the only one that imports and airs foreign films for the Chinese market. This channel reaches an audience of 800 million Chinese daily. That they would choose a modest-budget 2-d animation film from Quebec is a tribute to the quality of this production.”

The whirlwind world tour of Rooster doodle-doo continues with its presentation this week at the 17th Shanghai International Film Festival, which is ongoing until June 22. Director, Pierre Greco, and producer, Nancy Florence Savard, were on hand for the screening of the English-language, international version of the original film (Le Coq de St-Victor).

“I was amazed at the public’s enthusiastic reaction to Rooster doodle-doo; it seems that this story, made on the other side of the world, resonates over here in Shanghai,” director Pierre Greco said following the public screening.

“When the public come up to you after the screening and ask where they can see the movie again or where they can buy it after the Festival, it’s very reassuring,” underlined Nancy Florence Savard.

The original version of Rooster doodle-doo, Le Coq de St-Victor, is the first feature-length French-language animation that is 100% Canadian-produced and 100% made in Quebec, 98% in Quebec City. Pierre Greco was co-scriptwriter of the film, which was adapted from the book, Le Coq de San Vito, written by author and co-scriptwriter, Johanne Mercier. Christian Daigle was in charge of the art direction, Yann Tremblay was the animation leader, and Mathieu Boucher of FrimaFX was responsible for the visual effects. René Caron was the editor, the sound design was performed by Jérôme Boiteau, and the original music composed by Olivier Auriol.

Created in 1996, China Movie Channel (i.e. CCTV-6) is the only national TV channel dedicated to motion pictures in China. A 24-hour service carried across the country and reaching a population of 800 million people, China Movie Channel broadcasts a mix of domestic and foreign films as well as entertainment related events and news. It ranks among the most watched TV channels in China. In the 90s, the channel bought Contes Pour Tous for holiday programming.