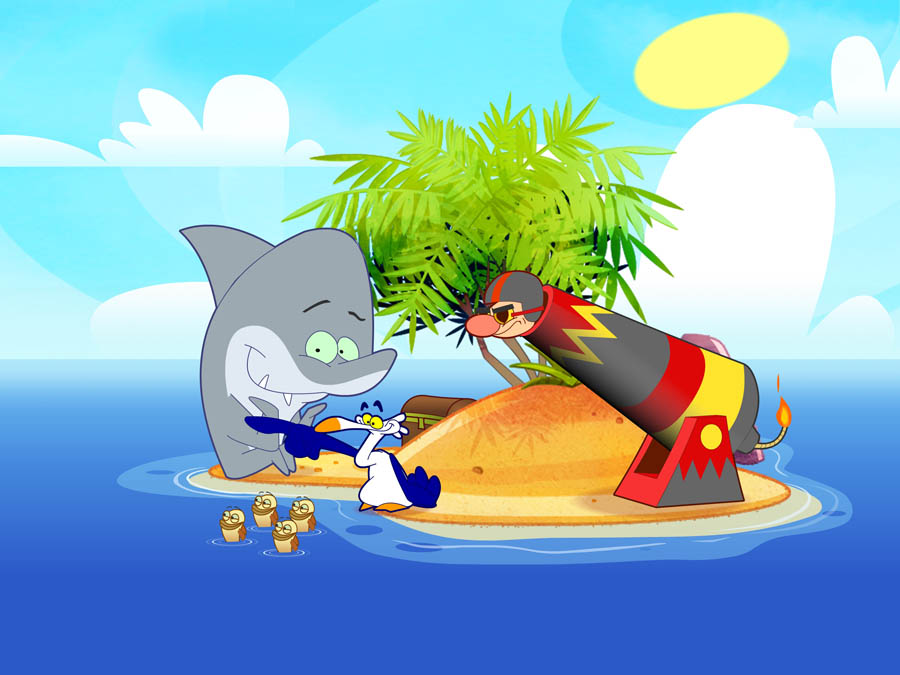 TELETOON will broadcast the new season of W

Starting September 3, 2007, TELETOON will broadcast the new season of W on both the French and English networks. It’s a bright collection of 52 new gags that, once again, will have viewers rolling on the floor laughing. In this series of funny, dialogue-free 30-second vignettes, in 2D Flash animation, we enjoy the hilarious adventures of William, the Cormorant, and the White Shark on a sandy island in the St. Lawrence River.

Often, the three characters work together, sometimes they vie in competition, but always they yell, laugh, provoke, and play tricks on each other. For these three, anything is an excuse for having fun. A simple trashcan with a foot pedal becomes a catapult, while the Shark’s dentures have adventures that are, to say the least, unusual! Meanwhile, the Cormorant’s misguided plots never fail to make us laugh! In short, the second series continues the up-and-down relationship between the young castaway and his comical companions on the island – not to mention the many visitors!

With this second season, the W collection now numbers 104 gags, a more interesting number for distribution of the vignettes on both TV and other platforms. In fact, immediately after production is completed, episodes can be viewed on mobile telephones in Taiwan and on a Web game site in France. Imagine: a new gag to download each week, plus the ring tone and various screens of your favourite shorts!

W is for William, but also for “winner” and “willing,” two valuable qualities in the series. This TELETOON Original Production has also received support from the Canadian Television Fund and the Shaw-Rocket Fund

Often compared to the humour of Chuck Jones, creator of Roadrunner and other cartoons, W is written and directed by Pierre Greco, with Christian Daigle as art director, Olivier Auriol as composer, and 10th Ave as producer. HGagnon Distribution is responsible for international sales. The series will be presented at various markets, including the upcoming Ottawa International Animation Festival, and at MIPCOM JUNIOR and MIPCOM in Cannes this fall.