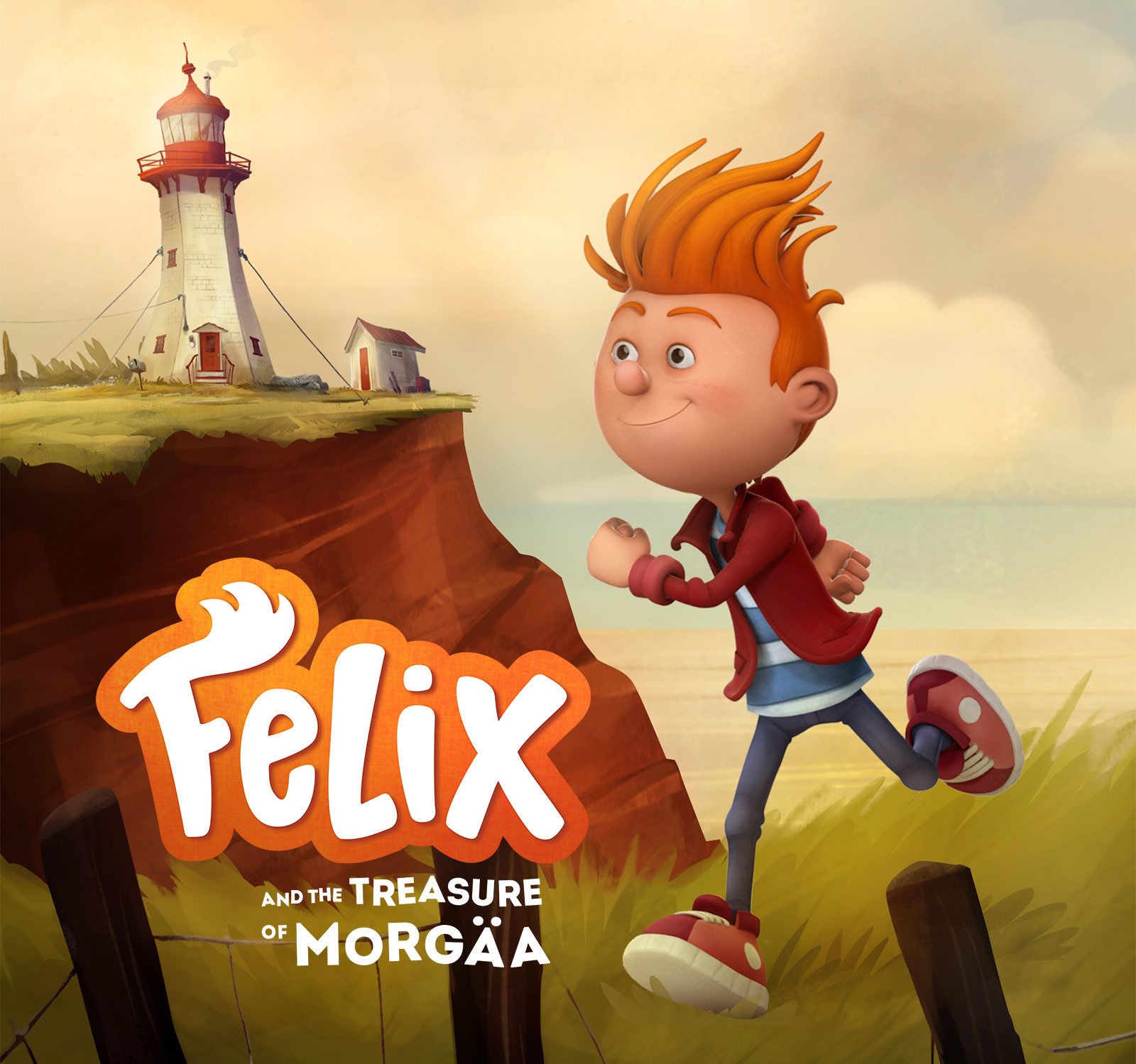 Today marks the beginning of the second half of the animation phase on the 100% Quebec-made feature film Felix and the Treasure of Morgäa, directed by Nicola Lemay from a script by Marc Robitaille, and produced by Nancy Florence Savard of 10th Ave Productions. Nancy was named Film Producer of the Year by the Quebec Media Production Association.

Working from its premises on the Grande-Allée in Quebec City, 10th Ave Animation, the new creative unit founded a year ago, employs nearly twenty 3D artists under Yann Tremblay’s direction. These artists are working hard to breathe life into the film, which recounts the adventures of young Felix as he sets out to find his father, who went missing at sea two years ago.

“Last week, we had the chance to see a few completed images of the film, and we’re enchanted by the result. The members of our creation and animation teams are proud to be working on a Quebec-made film, and that’s surely what motivated several members of our team to leave Montreal for the provincial capital to join this 100% Quebec-made production. Recruitment is a challenge in many industries, particularly 3D animation, with foreign studios continually setting up shop in Montreal,” observes Nancy Florence Savard, a pioneering producer in computer-assisted animation and founder of 10th Ave Productions, which is based in Saint-Augustin-de-Desmaures.

Fortunately, the Quebec City region is home to several institutions that serve as 3D animation training centres. It was at these centres that animation director Yann Tremblay found new talent to fill certain positions on his local team.

Since Felix and the Treasure of Morgäa is the first animated feature to be created by 10th Ave Animation, 10th Ave Productions has called on Éric Gervais-Després, veteran of fifteen animated features, and his team at nGenious in Montreal to help out with the completion of the job by handling complementary stages of animation.

“When I received assurance that I could count on the arrival of senior people on our team at 10th Ave Animation, and that we’d benefit from the ingenuity of Éric’s team for the supplementary stages, I decided to launch the production of our fourth animated feature,” says local entrepreneur Nancy Florence Savard. 10th Ave Productions is thus continuing its mission of creating family-oriented, Quebec-sourced intellectual property, and claiming a place for the culture, creators and stories of Quebec on local and international screens.

Like the video game industry, animation is a key activity for the Quebec City region, thanks to its high-paying jobs and longer-term contracts for technicians, when compared to live-action film production. According to the 2018 profile on film and television production prepared by the Culture and Communications Observatory at the Quebec Institute of Statistics, 17% of Quebec’s animated projects come from the provincial capital. Animation is the second biggest production sector in Quebec City, after variety and stage shows, as measured by the volume of projects financed by the Canada Media Fund.

In addition to 10th Ave Animation and nGenious, other service providers are also based in Quebec City: Studio Élément for coordination and post-production, Studio Expression for sound design, and Studio Global for music. In all, nearly 200 people will work on the production of Felix and the Treasure of Morgäa. The film is scheduled for release at the end of 2020.

This fourth computer-assisted animation feature produced by 10th Ave Productions will be distributed in Canada by Maison 4:3. Since May of 2019, the 10th Ave Studio marketing unit and Attraction Distribution have collaborated on international distribution.

Founded in 1998 by producer and director Nancy Florence Savard, 10th Ave Productions is a film and television production company headquartered in Saint-Augustin-de-Desmaures. Now celebrating twenty years of existence, the company was behind the creation of the first 100% Canadian 3D animated feature, The Legend of Sarila, released in 2013. This Canadian corporate leader also produced the hit animated feature The Rooster of St-Victor, for which Universal Studios picked up distribution rights for 98 countries. The company’s most recent 3D animated feature, Mission Kathmandu : The Adventures of Nelly & Simon, has been selected for over 25 festivals, and rights have been sold in 71 countries around the world.